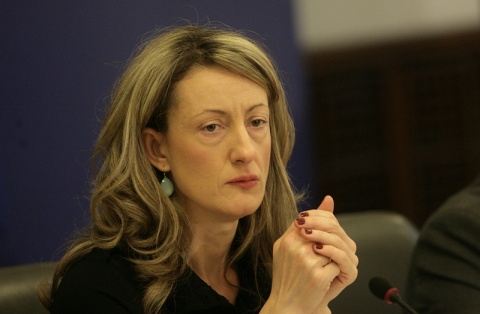 Bulgarian Justice Minister Zinaida Zlatanova has emphasized that the draft Penal Code introduces a penalty of up to 4 years of imprisonment for censorship.

In a Friday interview for the morning broadcast of private TV station Nova TV, Zlatanova made clear that a journalist would be able to file a complaint with the prosecuting authority if they had been prevented from publishing an article by their editor in chief or the owner of the respective media outlet.

Zlatanova suggested that the provision banning the invasion of privacy through photographing could be revised or dropped altogether, taking into account the substantial negative feedback it triggered.

The proposed Penal Code provision envisages a penalty of up to 1 year of imprisonment, probation, or fine, for taking photographs or videos of people without their permission, dnevnik.bg informs.

The proposal was sharply criticized by legal experts and media representatives.

The right to not be photographed is enshrined in the Constitution but the current Penal Code des not list it as a crime.

As regards the issue of life sentence without parole, Zlatanova said that its revision was a matter of standardization with European and international trends in the sphere of criminal law.

She reminded that she had presented the draft Penal Code before the Christmas holidays, adding that it was a political document and the Parliament's say on it was essential.

"The debate is very important. I believe that the "without parole" part should be dropped. This does not mean that the life sentence is revoked," Bulgaria's Justice Minister noted.

Zlatanova underscored that the application of laws was more important than the wording.