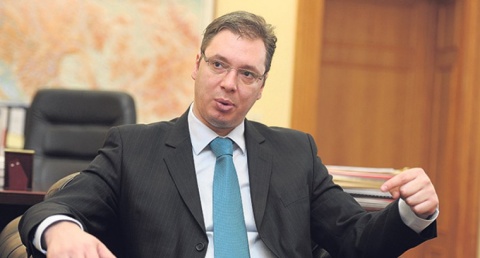 Serbia's Deputy Prime Minister called for peaceful negotiations with Kosovo Albanians in order to resolve the issues between the two nations.

Aleksandar Vucic visited ethnic Serbs in Kosovo on Tuesday, for the Orthodox Christmas.

"I do not know what is better than talks and negotiations, no matter how difficult they may be, no matter how painful they may be for both of us", Vucic said after attending a Christmas day liturgy in the Serbian Orthodox monastery of Gracanica in Kosovo, reports Balkaninsight.

However, Vucic criticised a call by the Kosovo President, Atifete Jahjaga, for the EU law and order mission, EULEX, to withdraw from Kosovo.

He said EULEX needed to remain in Kosovo, to keep the peace and promote understanding between Serbs and Kosovo Albanians.