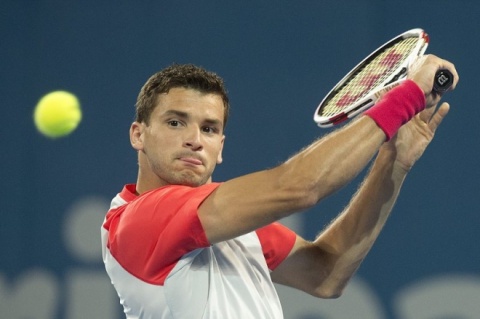 Bulgaria’s Grigor Dimitrov lost to Japan’s Kei Nishikori in the first round of the Kooyong Classic on Wednesday.

Nishikori beat Dimitrov 7-6 (7/5), 6-4 to earn his second victory in two games over the Bulgarian.

The world No. 17 earned a 5-1 lead on Dimitrov's double-fault in the first set but needed four set points to seal the opener as Dimitrov put a return wide.

The second set was more straightforward, with Nishikori breaking in the third game to keep his nose ahead all the way to victory in 74 minutes.