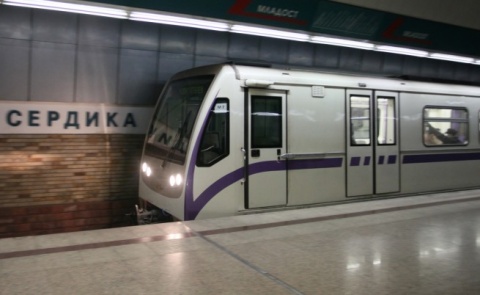 The Sofia subway will be used by 550 000 passengers in 2018, according to Stoyan Bratoev, Executive Director of municipality-owned company Metropoliten EAD.

In a Sunday interview for the Focus news agency, he said that the Sofia subway was being used by 80 000 – 300 000 passengers and their number was to reach 550 000 with the completion of the  main part of the third subway line.

He said that the subway stations on the route to Sofia Business Park in the Mladost residential district and to Sofia Airport were being built, adding that their launch in 2014 was expected to boost the number of passengers by around 90 000 to a total of 380 000.

He claimed that the launch of the second subway line had reduced the number of cars in the streets of Sofia by 21 000 on a daily basis due to the fact that people preferred to use the subway.

He also pointed out that the subway was much more time-saving compared to other public transport modes.

He assured that the construction of new subway stations on the route to Sofia Business Park and Sofia Airport continued according to schedule.

Bratoev said that the construction works for the third subway line was to start by end-2014 and it was to be completed by 2018.

He also said that 10 new subway cars would be put into service in two months.

He noted that the new subway cars had been ordered for the as-yet-unfinished routes connecting the Mladost 1 residential district to Sofia Business Park and the Mladost residential district to Sofia Airport, adding that since they had been delivered, they would be used at the first and second subway lines as of end-February or March at the latest.