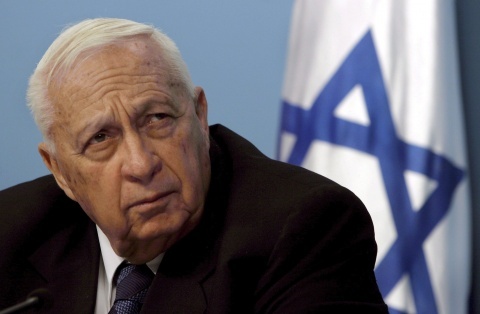 Ariel Sharon has been in coma since 2006, when he suffered a brain hemorrhage. Photo by EPA/BGNES

On Thursday, doctors at the Tel Hashomer Hospital in Tel Aviv revealed that Sharon's health had deteriorated and vital organs were malfunctioning. The former PM, 85, has been in a coma since January 2006.

The arrangements required for a state funeral would enable the suspension of the Jewish religious edict requiring the dead to be buried within a day, said Mark Regev, spokesman for Benjamin Netanyahu, the current Israeli premier, according to Britain's Telegraph newspaper.

The delay would also allow world leaders more time to attend the funeral.

The Prime Minister's office would handle arrangements for a funeral together with Sharon's sons, Gilad and Omri, who are at their father's hospital bedside, reports The Jerusalem Post.