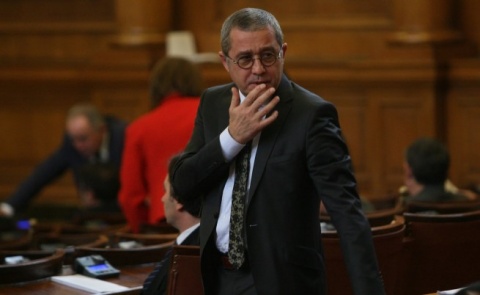 Yordan Tsonev, DPS MP and Chair of the parliamentary budget and finance committee, photo by BGNES

Yordan Tsonev, Chair of Bulgaria's parliamentary budget committee, has ruled out the opportunity of imposing a 15% tax rate on monthly incomes over BGN 2700 as of 2015.

In a Thursday interview for private TV station bTV, Tsonev, MP from liberal party Movement for Rights and Freedoms (DPS), commented on the proposal of Sergey Stanishev, leader of the Bulgarian Socialist Party (BSP), that high incomes be taxed at 15%, instead of the current 10%, according to reports of dnevnik.bg.

In an interview for Standard daily on December 28, Stanishev made clear that BSP would propose that monthly incomes of over BGN 2700 be taxed at 15% as of 2015.

He vowed that the socialist-led coalition government would adopt differentiated taxation by the end of its term in office, adding that the richness threshold would be opened up to public discussion.

On Thursday, Tsonev reminded that the election program of DPS did not envisage increases in direct taxes.

He underscored that DPS had lent its support to the government program which did not contain such a proposal.

Tsonev reiterated that the program of the government headed by Prime Minister Plamen Oresharski had been compiled on the basis of common points in the election programs of DPS and BSP.

Asked whether it was time for the two political formations to sign a coalition agreement, he responded that the government's program was such a document, adding that it was over 100 pages long.