Not the Time to Turn Our Backs on EU Integration 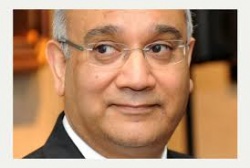 Today, members of the Home Affairs Select Committee will be visiting Luton Airport to observe the arrival of the first flight from Romania and to judge for ourselves whether the Government has adopted "Olympic style security" – as announced by the Home Office Permanent Secretary Mark Sedwill – or "business as usual" as claimed by Theresa May.

Freedom of movement is one of the cornerstones of the EU.

At the height of the economic boom, the 2004 enlargement resulted in labour movements that provided a significant boost to our economy.

Britain has always been the champion of enlargement.

However, only last week, partly as a result of these latest migrations, David Cameron threatened to veto the admission of any new member states unless there are robust immigration controls.

We have shifted our stance from a leadership role to spoilers of the enlargement process.

There are already 141,000 Romanian and Bulgarian citizens working in the UK. Many are self-employed.

With the right to be employed, they will be brought into the mainstream of the British economy, the big winner being the Treasury.

Those who may have been the subject of exploitation can now move out of the shadows.

The question of integration has not been considered by the UK.

Even the Bulgarian President, Rosen Plevneiev, commenting on Bulgaria's first wave of immigration in modern times, said "we are trying to understand not so much how many could come to Bulgaria, but how we can integrate them". For this Government, lessons should have been learnt and no excuses should have been offered after the last Government's failure to provide robust estimates in 2004.

Immigration is about numbers.

The Romanian and Bulgarian ambassadors, as early as April this year, put the arrival figures as between 10,000 to 25,000 per year.

If ever there was an occasion when we needed reliable estimates, this was it.

The Chairman of the Migration Advisory Committee, Sir David Metcalf, who is there to advise the Government on immigration policy, has never been asked to make an assessment of numbers.

Put simply, he would gladly have done so had Theresa May chosen to set this "homework".

Given the intense political and media interest, it is surprising that neither Ms May nor the immigration Minister, Mark Harper, has visited Sofia or Bucharest to enter into a dialogue with their Romanian and Bulgarian counterparts.

The Home Affairs Select Committee visited Bucharest in the summer and we found it hard to find people who wanted to come and live in the UK.

On the contrary, politicians and senior public sector officials were bemoaning the brain-drain of highly-qualified and educated Romanians who had left the country to work in western Europe.

The Bucharest newspaper Gandul went one step further and boldly invited Britons to come and settle in Romania.

The fundamental question remains – why do people migrate? Incredibly, Romania has only unlocked 87 per cent of ?20 billion in EU development aid promised to them on accession. We have done little to help them access that.

A cultural EU problem remains the way it encourages applicants to join the richest club in the world and, once they are in, leaves them to fend for themselves.

Unlocking what we promised these two countries would be addressing the number one pull factor – jobs.

Ask any migrant the reason why they want to come to the UK and it will not be for the benefits system or, for that matter, the quality of the beer. It is to work.
British ministers never cease to remind us that citizenship and nationality are matters for member states, not the EU.

This claim is increasingly becoming unsustainable.

We cannot prevent the Maltese government selling their citizenship for ?546,000 or Romania's obligation to Moldova that has led to 300,000 of them gaining EU citizenship, or even Italians giving travel documents to 24,000 non EU-nationals arriving in Lampedusa.

These individuals can all subsequently settle in the UK.

Greece has been overwhelmed by the annual arrival of more than 100,000 refugees and asylum-seekers.

Their destination of choice is not Athens, but London and Paris.

The sheer scale of illegal migration from north Africa and Afghanistan, and now Syria, makes the arrival of Romanians and Bulgarians practically a sideshow.

It is thus a matter of serious concern that EU ministers have been unwilling or unable to tackle either the causes of this migration or fashion an effective plan to deal with it.

The Prime Minister will shortly begin the process of compiling his shopping list for EU reform.

There is little doubt that EU migration will be at, or near, the top.

However, the Government's hard rhetoric on Romania and Bulgaria, and its dramatic change of position on enlargement, will make his negotiating stance much more difficult.

It will take nerves of steel to walk the EU tightrope of asking for concessions from the very countries whose citizens he wants to discourage from working in the UK.