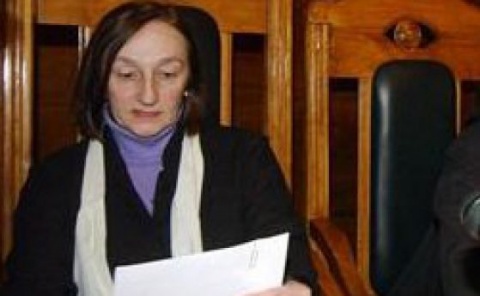 The judge from the Supreme Administrative Court (VAS) Vesselina Teneva has turned out to be the only nomination to lead the Inspectorate at Bulgaria's Supreme Judicial Council (VSS).

Her nomination appeared on the website of the Parliament a day earlier.

The deadline for the nominations was 6 pm Friday, which was the only workday this week due to the winter holidays.

Teneva's candidature has been submitted one hour before the expiration of the deadline by the Members of the Parliament from the left-wing Bulgarian Socialist Party (BSP) Maya Manolova and from the liberal, predominantly ethnic Turkish party Movement for Rights and Freedoms (DPS), Chetin Kazak.

The post of Chief Inspector at VSS became vacant after Anna Karaivanova resigned.

The Union of Judges in Bulgaria has objected the shortened nomination deadline. The right-wing Reformist Bloc demanded the procedure be terminated and to provide more time for nominations for the head of one of the key institutions in the country's judicial system.

Vesselina Teneva was the presiding judge in the court case against DPS former leader and honorary lifetime Chairman Ahmed Dogan for allegedly pocketing BGN 1.5 M as a consultant of four large-scale hydroelectricity projects, funded by the State. The Court found that Dogan, who has a degree in philosophy, was not in conflict of interest.

BSP and DPS have said they will seek the support of the formerly-ruling, centrist opposition Citizens for European Development of Bulgaria party (GERB). Some GERB MPs commented last week that the nomination of Judge Teneva was acceptable for them.

Manolova and Kazak list as grounds for the nomination "Teneva being a person with proven background in the structure of the judiciary, who has the potential to contribute to the further development of the Inspectorate at the Supreme Judicial Council in regard to the strengthening of the authority of the institution both within the judiciary and the European Union."

According to the two MPs, Teneva meets all legal requirements for Chief Inspector of the Inspectorate at the Supreme Judicial Council.

The nomination states that the judge has a Master's Degree in Law from the Law Faculty of Sofia University "St. Kliment Ohridski." A copy of her diploma is attached and it shows that she has graduated with a 3.69 GPA. This is quite low as the maximum is 6.0, meaning that as student Teneva was receiving mostly Ds and Cs.

Meanwhile, the site for investigative journalism Bivol published documents revealing that the judge owns four properties that have been donated to her by her mother Mariyka Teneva. However, the donation was made after the mother bought these very same properties from her daughter and her husband.

Teneva's sister Fani, also a VAS judge, and her two daughters are involved in the purchase-donation schema as well.

Through it, Vesselina Teneva ended up being the owner of the above properties without ever taking a mortgage, while her mother, born in 1922, spent a total of BGN 186 173. The source of the money remains unclear as Mariyka Teneva has not sold any other properties to fund these purchases.

The documents have been obtained through the official property registry of the Bulgarian Registry Agency.

The top echelons of Bulgarian judiciary have been shaken by several corruption and property scandals in recent years – about some of them read HERE, HERE, and HERE.