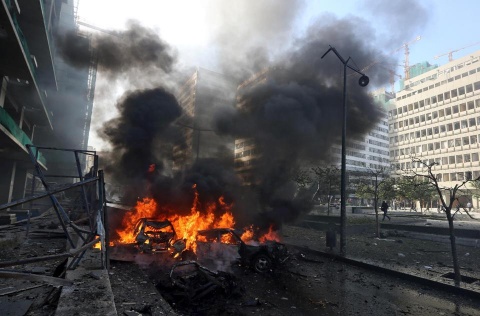 A car bomb in the center of Lebanon’s capital Beirut has killed 5 people, including a former government minister.

The explosion happened around 9:40 AM local time in the city’s business district, not far from the prime minister’s headquarters, reports Euronews.

Mohamad Chatah, a Sunni opposition politician and adviser to the former Prime Minister Saad Hariri was killed in the attack, along with 4 other people. At least 50 people are injured.

Chatah was an open critic of Syrian President Bashar al-Assad and the Lebanese based Shia Hezbollah movement. It is reported he was on his way to a meeting with the anti-Syrian March 14 Bloc, when his convoy was hit.

The explosion damaged several buildings and set cars on fire.

Last month, an explosion near the Iranian Embassy in Beirut left 7 people dead.

Friday’s bombing is a further attestation to Lebanon’s vulnerable position in light of the ongoing Syrian conflict, and the wider Sunni-Shia dispute throughout the Middle East.