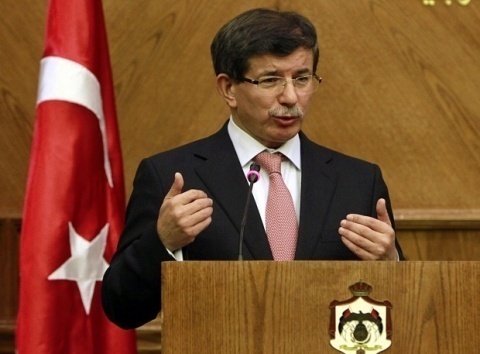 Turkey’s Foreign Minister Ahmet Davutoglu has reiterated PM Recep Erdogan’s claims that the corruption investigations against his cabinet members are part of a plot.

“The revolution done by Turkey in its geography has disturbed some. If today there are some making some calculations about us, if we have disturbed some, be sure that this is due to the revolution we have started in this land”, Davutoglu addressed in a meeting, cited by the daily Hurriyet.

Earlier, Prime Minister Recep Tayyip Erdogan commented that the unfolding corruption allegations against members of his cabinet are part of a wider plot, possibly international, to overthrow a legitimate government.

Following the resignation of 3 ministers, Erdogan replaced another 10 earlier on Thursday.

“The same minor developments could take place in all democratic countries. What is important is to have a strong societal cement, to maintain our unity and togetherness, whatever disagreements we have among us”, added the Foreign Minister.