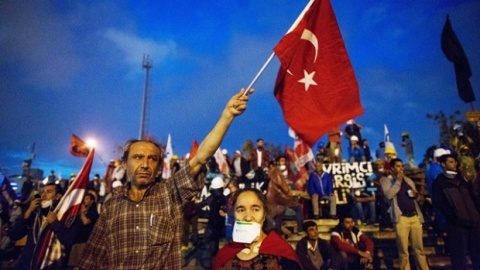 Thousands of demonstrators gathered in Istanbul on Wednesday night to call for the resignation of Prime Minister Recep Tayyip Erdogan.

On Thursday, Erdogan announced the reshuffle of 10 cabinet ministers, following a high-profile corruption probe. Earlier, 3 other ministers had resigned.

Wednesday’s rallies may well become the start of a new wave of anti-government protests, such as those that kicked off in May, following PM Erdogan’s plans to redevelop a park in Istanbul.