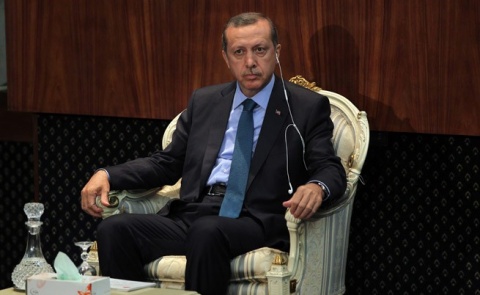 Turkey's Prime Minister Tayyip Erdogan has been asked to follow suit with his resignation. Photo by EPA/BGNES

Bayraktar is the third member of the Cabinet of Prime Minister Recep Tayyip Erdogan to step down due to the large-scale corruption scandal which shook the country.

In a Wednesday statement, Bayraktar called on the Prime Minister to follow his example.

He also made clear that he was also resigning his seat in Parliament.

Bayraktar, Caglayan and Guler quit after their sons were taken into custody, according to the BBC News.

The three were among a total of 24 people arrested on bribery charges in a high-level corruption crackdown.

Prime Minister Erdogan has denounced the graft probe as a smear campaign against his government ahead of the local elections in March.