Russia Drops Charges against Some of Greenpeace Activists 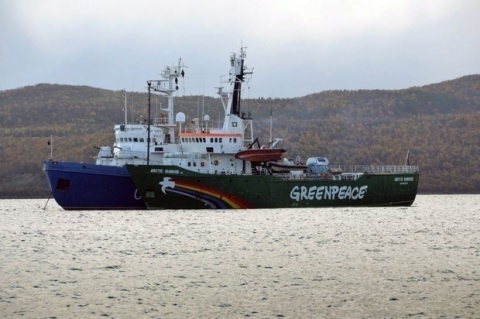 Russian authorities have dropped criminal charges against the first of 30 people accused of taking part in a Greenpeace protest in the Arctic.

“The first of the Arctic 30 has had the investigation against him officially dropped. Home is one step closer,” Greenpeace said on its Twitter page, according to RIA Novosti.

The move follows an amnesty adopted in Russia last week.

The group of 28 activists and two journalists, who were detained in September while mounting a protest against oil drilling in the ecologically sensitive Arctic Sea, were on bail and facing trial on hooliganism charges.

Russian President Vladimir Putin said at a marathon press conference last week that the Arctic 30 would likely be amnestied, but that their custody should serve as a lesson.