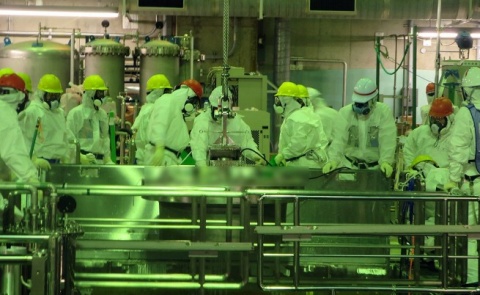 A new leak of water with high content of radioactive substances was registered at the Fukushima nuclear power plant in Japan.

According to reports of the operator of the N-plant, the Tokyo Electric Power Company (TEPCO), on Sunday, 1.6 tonnes of liquid leaked beyond the protective levees surrounding the tanks of radioactive water at the site of the fourth unit of the plant.

According to TEPCO, as cited by the Voice of Russia, the sample tests indicated a concentration of strontium-90 of 93 Bq per liter as compared to the normal rate of 10 Becquerels.

The incident is believed to have been caused by damage in the basement of the protective barrier, caused by heavy rains that occurred in the region during the past few days.

According to TEPCO, the radioactive water leak did not reach the sea.