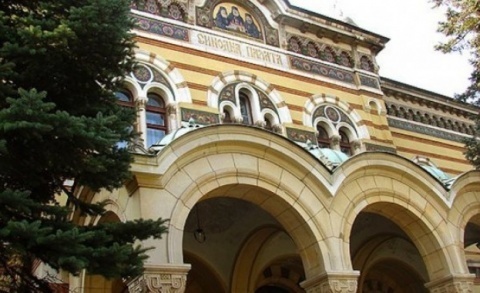 The headquarters of the Holy Synod of the Bulgarian Orthodox Church in downtown Sofia, file photo

The Holy Synod of the Bulgarian Orthodox Church is holding Saturday a meeting to scrutinize the procedure of the last week election of two top runners for Varna Metropolitan.

The Synod is to decide if the election was conducted in adherence to the Church cannons.

Bulgarian Znepol Bishop Yoan (John) and Melnik Bishop Seraphim were selected last Sunday as the two finalists in the election of a new Varna and Veliki Preslav metropolitan.

This was the Diocesan Council second attempt to elect two candidates for Varna and Veliki Preslav metropolitan as the first vote was annulled by the Synod.

The decision came after representatives of both clergy and laity said they have grounds to believe that the election was rigged.

The first round vote, which took place on November 17, elected Bachkovo Monastery Abbot Boris and little-known bishop Ignatius as contestants for the second round.

If no violations are established, the Holy Synod will make the choice between the two frontrunners on Sunday, December 22.

The senior clergy will have to write in person one of the two names to designate their favorite and then sign underneath.