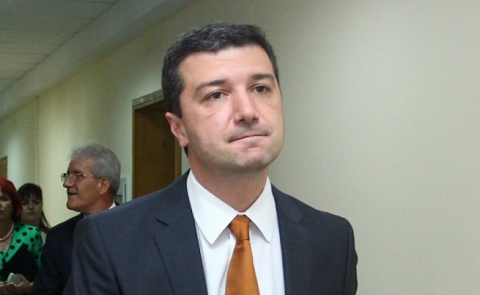 The state is in talks to buy private machine building company Remotex, according to Economy and Energy Minister Dragomir Stoynev.

Speaking after a meeting with the owners of the Radnevo-based company, Stoynev, as cited by the BGNES news agency, commented that although the state could not afford to buy every troubled company, Remotex was of key importance for the structure of Bulgaria's economy.

Stoynev did not specify a price or deadline for the deal but said that the talks continued.

The Energy Minister, as cited by the Bulgarian Telegraph Agency (BTA), informed that the owners of the company were still asking too high a price.

Meanwhile, it was reported that a total of 160 workers of the machine building company had been approved for a onetime benefit payment of BGN 325 out of 180 applications.

Labor and Social Policy Minister Hasan Ademov explained earlier on Friday that the aid would be granted to workers who had no other source of income. He pointed out that many of the employees of Remotex were living in extreme poverty as a result of the salary delay.

"This is a onetime benefit payment which the state allocates as a gesture to the workers," Ademov declared, adding that the transfer of the benefits would start on Friday.

Remotex owes BGN 3.5 M in unpaid salaries to its workers. The employees of the machine building company, who have not received payment since February, have been staging protests for two months.

According to reports of dnevnik.bg, the total headcount of the factory was 659 by November 2013.

Remotex went private in 2002. It is owned by Sabin Spahiev and Galin Nedelchev. The state-owned Maritsa Iztok Mines are the main customer of the firm, generating 76% of its revenues, according to a 2012 report.