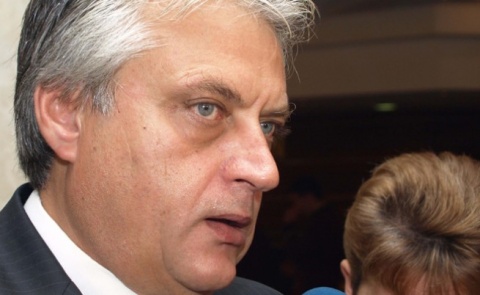 Boiko Rashkov, the new Director of Bulgaria's Surveillance Equipment Oversight Office, has suggested that the body will deter abuse of power related to wiretapping.

In a Friday interview for the Bulgarian National Radio (BNR), Rashkov assured that the activity of the Office would curb breaches of surveillance equipment legislation such as leaked recordings of wiretapped conversations.

He insisted that there was no risk of the Office overstepping its powers delegated by law or executing orders of political parties.

"It is an independent body by definition, unlike the parliamentary subcommittee which existed until now. I see no reason for fears that it will fulfill political orders or interfere in the activities of bodies which have rights and obligations related to the use of special surveillance devices" he emphasized.

Rashkov explained that the Office would oversee procedures related to wiretap requests and permits and the application and storage of surveillance equipment, as well as the destruction of data obtained through such devices.

He said that the rules of procedure of the Surveillance Equipment Oversight Office were yet to be drafted and competitions were yet to be conducted for its staff.

The Surveillance Equipment Oversight Office was created at the end of the term in office of the three-way coalition government, with Boiko Rashkov elected as its director.

After the center-right GERB government came to power, the Office was closed and the Parliament decided that a parliamentary subcommittee would take over its functions.

After Bulgaria's current Parliament approved the new Special Surveillance Equipment Act, which stipulated the reinstatement of the Office, President Rosen Plevneliev vetoed the provisions on the Office, but the veto was eventually overturned by Parliament.

On December 19, Bulgaria's Parliament elected Boiko Rashkov head of the Surveillance Equipment Oversight Office at the proposal of the Bulgarian Socialist Party (BSP) and Georgi Gatev, MP of liberal party Movement for Rights and Freedoms (DPS), as his deputy.