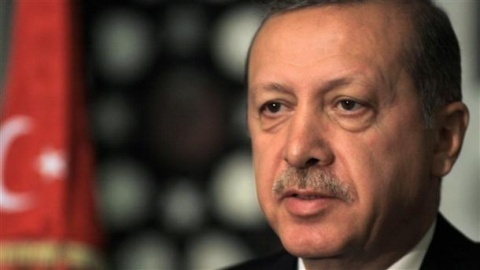 Turkish Prime Minister Recep Tayyip Erdogan has condemned a corruption inquiry as a "dirty operation" against his government.

Some 52 people - including three sons of cabinet ministers - were arrested in dawn raids on Tuesday in connection with a high-profile bribery inquiry.

But Erdogan has described the operation as “political plotting,” announcing that five police chiefs who oversaw raids in Istanbul and Ankara have been sacked for "abuse of office."

The mass arrests were carried out as part of an inquiry into alleged bribery involving public tenders, the BBC informs.

The sons of Interior Minister Muammer Guler, Economy Minister Zafer Caglayan and Environment Minister Erdogan Bayraktar were among those detained.

Police also raided the Ankara headquarters of one of Turkey's biggest banks, state-run lender Halkbank, and the headquarters of a large construction company owned by tycoon Ali Agaoglu.