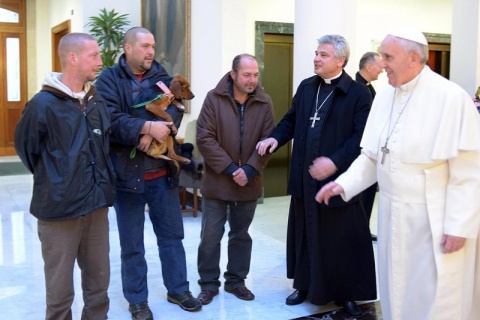 Pope Francis celebrates his 77th birthday Tuesday and to mark the occasion he welcomed his favorite football team, San Lorenzo, to the Vatican.

Pope Francis began his birthday by spending time with homeless people in the Vatican. The group attended morning mass at the Pope's residence. The Vatican said the Pope spoke to each person individually during his homily and after the service they all had breakfast together.

The pope shared his birthday cake with children guests in the Vatican Saturday.

After being named Person of the Year by Time Magazine last week, Pope Francis has now been given the same accolade by gay rights magazine The Advocate.

Pope Francis is the first Jesuit pope and the first non-European pope in 1 200 years. He came from a humble background, having to work briefly as a chemical technician and nightclub bouncer before entering seminary.