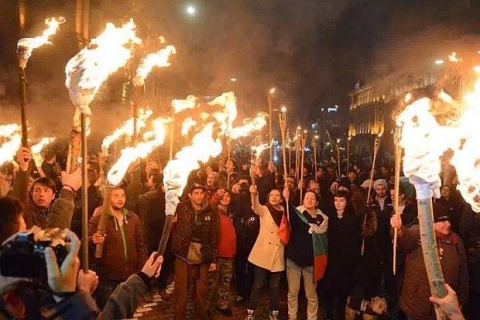 Anti-government protesters tried to tear out the railings in front of the Parliament building in Sofia, which resulted in clashes with police.

Some of the demonstrators got hit by truncheons as tensions escalated.

Protesters started throwing burning flares at the Parliament building and kicking at the metal railings.

Thousands of people gathered in Sofia on Saturday evening to demand the resignation of the socialist-led government.

Slightly after 7pm, the protesters headed on a torch march to the Parliament building.

Saturday marks the 6-month anniversary since the start of protests against the Oresharski cabinet.

Traffic along the Tsar Osvoboditel Blvd in Sofia has been blocked.