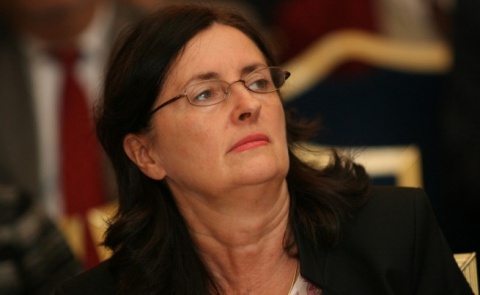 Seven projects for developing ski tourism have been submitted with Bulgaria's government, according to Daniela Bobeva, Deputy Prime Minister in charge of economic development.

Bobeva, as cited by the Bulgarian Telegraph Agency (BTA), explained Thursday that the projects included "Destination Rila", "Perelik", as well as schemes in the mountain resorts of Razlog, Pamporovo and Chepelare, and several proposals for expanding the ski zone in Bansko.

She noted that there was no consensus among Bulgarians on the issue of developing winter tourism, adding that the communication with citizens on the matter was poor.

"Competition for Bulgarian tourists seems to have taken backseat to the campaign to attract foreign tourists, which is why we believe that the efforts should be focused on this policy," Bobeva added.

Bulgaria's Deputy Prime Minister drew attention to an "exceptional increase" in the number of issued visas, including ones granted before the upcoming season.

Bobeva insisted that visas had ceased to be a major problem for tourism.

She said that Bulgaria's three main mountain resorts, Pamporovo, Borovets, and Bansko, had registered nearly 600 000 overnight stays in the period January-March, up by around 36%, adding that the growth in revenues was lagging behind the increase of overnight stays.