Only 20% of Bulgarian Roma Have Jobs - Study 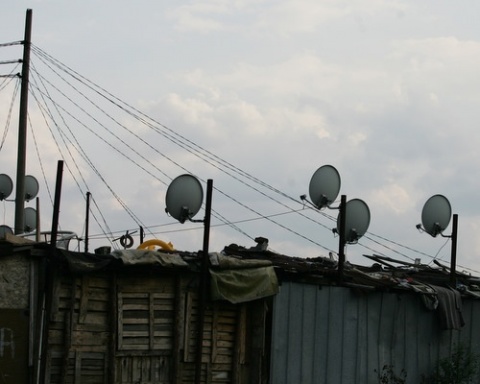 Roma shantytowns with satellite dishes are not an unusual sight in Sofia and elsewhere in Bulgaria. Photo by BGNES

Only about 20% of all Roma in Bulgaria have jobs, compared to the 80s of the last century, when the share of working minorities was 84%.

The data was presented at an international conference on the situation of Roma throughout the European Union and in Bulgaria, held over the weekend in the capital Sofia, reported bTV.

If in the 80s of the 20th century Roma have worked in industry and agriculture, now they mostly find work as taxi drivers, custodians and seamstresses.

Unemployment rate is high even among Roma with college degrees. At the same time, only 0.3% percent of them enroll as university students.

"Even Bulgarians, if they admit of living in a Roma neighborhood, will not be able to find work," said the President of the Association "Solidarity Bulgaria" Vanya Grigorova.