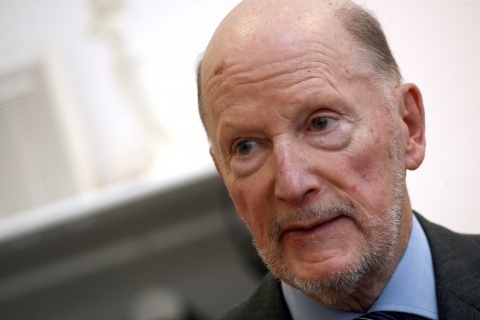 Bulgaria's Supreme Court of Cassations (VKS) has left without consideration the claim of former Tsar and PM Simeon Saxe-Coburg and his sister Maria-Louisa in the dispute over the royal palace Krichim.

The two sought annulment of earlier rules regarding ownership of the palace. However, with the VKS move, the Krichim remains property of the State.

The case was heard in the Supreme Court of Cassations on  October 14 at the request of the royal family's lawyer.

Back in 2012, VKS upheld the rulings of the Plovdiv Appellate Court and the Plovdiv District Court saying that the royal residence is not the property of the former Bulgarian royal family.

VKS also confirmed conclusively that Krichim Palace had not been acquired on behalf of Saxe-Coburg or personally for him, in his capacity as a natural person.

VKS ruled that the Act for Declaring the Estates of the Families of the Former Kings Ferdinand and Boris and their Heirs State Property promulgated in 1947 declared unconstitutional in 1998 had no restitution effect.

The Court also ruled then that the Commissariat at the royal institution, which was the owner of the property at that time, was the government agency, not a private office of the monarch, which the lawyer attempted to overturn by approaching VKS.

Meanwhile, it became clear that the royal palace in Krichim will be declared a historical site, after experts from the National Institute of Immovable Cultural Heritage went there for the first time to study buildings and the park which has rare plant and animal species.

There are plans to turn the place into an art center.

In the past couple of years, the Bulgarian state and Simeon Saxe-Coburg and his sister Maria-Louisa have been tangled in a legal battle over the ownership of several real estate properties used by the Bulgarian royal family before its ousting by the communists in 1946.

The properties were restored to the ex-Tsar in 2001-2005 when he was Prime Minister of Bulgaria but after 2009 the government of Prime Minister, Boyko Borisov, initiated proceedings to regain the ownership over them.

The issue of the so called "Tsar's estates" stirred indignation in Bulgaria over doubts that the property had been given to Saxe-Coburg unlawfully.

After the communist takeover in 1944, a controversial referendum was held in 1946, at which people voted in support for the creation of a republic, and this led to banishing the royal family from the country.

In 1947, a new constitution was adopted, proclaiming Bulgaria a republic.