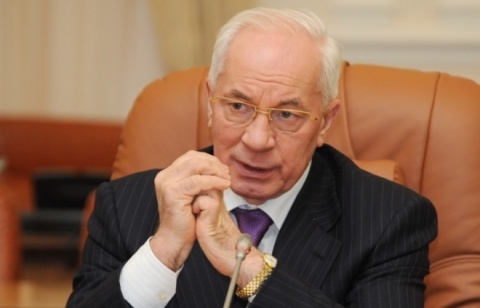 Ukrainian PM Mykola Azarov has warned that administrations in the pro-European western parts of the country may end up being cut off from state budget.

Azarov referred to the housands of western Ukrainians who continue to flock to the capital Kiev in order to join the ongoing massive anti-government rallies.

“I want to direct particular attention to those separate local communities in the west of the country, where some?.?.?.?regional governments have halted work to take part in the protests,” Azarov has said, as cited by The Financial Times.

“Such amorality and irresponsibility by local officials could lead to a situation where at the central level money is disbursed, but will not reach the end receivers due to local government that is not working.”

Mass protests have taken place in Ukraine over the past two weeks, with demonstrators opposing a government decision not to sign a deal on closer EU ties.

Protesters are demanding the resignation of President Viktor Yanukovych's government and new elections. President Yanukovych says Russian pressure was behind his decision not to sign the deal.