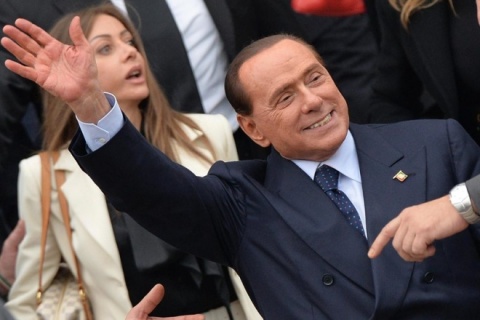 Since he is convicted in Italy and banned from holding public office, Berlusconi might be planning to run as candidate for the European Parliament on a ticket in Bulgaria, Hungary or Estonia, according to Italian media, quoted by bTV.

European citizens can run in any EU country in European elections.

Italian media have further noted that Berlusconi is on good terms with former Bulgarian Prime Minister Boyko Borisov, but explain that in order to run it Borisov's country, Berlusconi must have Bulgarian citizenship.

The politician is still an Italian citizen, however, a decree signed by the President could almost legitimize his candidacy. Other requirements to obtain citizenship include having merit in favor of Bulgaria or have done something important for the country and investments of at least EUR 511 000 in the country's economy.

By becoming MEP, Berlusconi will once again have immunity from which he was stripped in Italy.

On November 27, Italy's former Prime was expelled from parliament with immediate effect over his conviction for tax fraud.

The 77-year-old, who has dominated Italian politics for two decades, could now face arrest over other criminal cases as he has lost his immunity from prosecution.

Berlusconi was convicted of tax fraud in October 2012 over deals his firm Mediaset made to purchase TV rights to US films. The verdict was upheld in August 2013.

He will have to serve a one-year sentence, probably under house arrest or by doing community service because of his age.

In October 2013, an Italian court ruled that Berlusconi should be barred from holding public office for two years following the conviction for tax fraud.