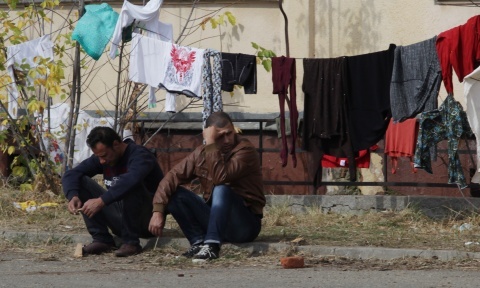 Bulgarian media have reported a new attack on Syrian refugees amid a rise in racist attacks that, human rights organizations claim, has left migrants living in fear.

Two Syrian refugees have been assaulted by a group of 20 men, armed with knives and chains, bTV private TV channel reported.

The two victims, aged 27 and 35, have suffered a broken nose and knife injures on the head respectively.

The information has not been officially confirmed by the police.

Recent xenophobic attacks include the stabbings of an 18-year-old Malian boy and a 17-year-old Syrian national last month.

On 9 November, a 28-year-old Bulgarian man of Turkish descent, was beaten up after being mistaken for an immigrant.

Amnesty International has alarmed that there has been a „dramatic“ increase in the number of refugees, asylum-seekers and migrants coming into Bulgaria this year, mainly from Syria, prompting several anti-immigrant protests organized by far-right groups.