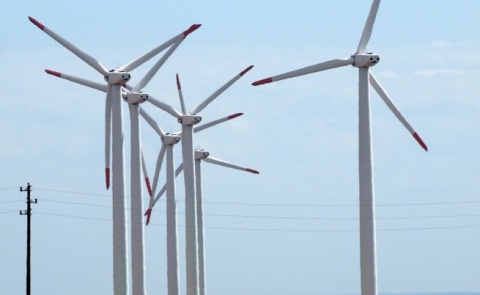 Foreign investors have opposed the introduction of a 20% tax on revenues of renewable energy producers.

Responding to the proposal to introduce a new 20% tax on the revenues of photovoltaic plants and wind farms, which was adopted by the parliamentary committee on budget and finance, the German-Bulgarian Chamber of Industry and Commerce and Confindustria Bulgaria, the association of Italian business in Bulgaria, issued a media statement on Sunday.

The associations of German and Italian business in Bulgaria addressed Prime Minister Plamen Oresharski, Parliament Speaker Mihail Mikov, Economy and Energy Minister Dragomir Stoynev and the chairs of the parliamentary committees on budget and finance and energy.

They warned that the adoption of unfounded, unannounced and discriminatory measures through legal changes would result in a serious outflow of trust in Bulgaria's energy sector and deterioration of the investment climate in the country and would contradict the recommendations of the European Commission.

They argued that the adoption of the proposed amendments to the Renewable Energy Sources Act would introduce an unacceptable, unjust and unannounced tax on revenues of a certain type of power producers.

The associations pointed out that the provisions had been submitted unexpectedly and adopted by the parliamentary committee on budget and finance without prior public debate with the interested parties and without analyses of the impact of their application.

They insisted that the proposed legal changes stipulated discriminatory treatment of a certain type of electricity producers – photovoltaic plants and wind farms – and that the tax was unfounded.

They emphasized that the imposition of the unannounced and unforeseen tax on the revenues of renewable energy producers would result in a dramatic change with a retroactive effect to the economic parameters of these businesses.

The associations stressed that the proposed legal changes contradicted guidelines issued  by the EC on October 5 on state intervention in the energy sector according to which "Unannounced or retroactive changes to the support schemes must be avoided. Investors' legitimate expectations concerning the returns on existing investments must be respected."

They also noted that a predictable and sustainable legal framework was a precondition for a stable business environment and for attracting investments in Bulgaria.

"We call on you to rethink the adoption of discriminatory and retroactive measures against certain types of electricity producers," the organizations declared, proposing consultations with interested parties so as to find "balanced solutions."