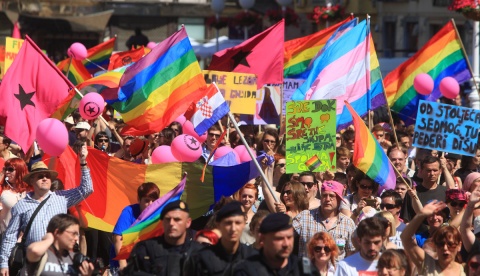 Croatia is holding a controversial referendum on making same-sex marriages impossible in the future.

Voters are deciding on changes to the country’s constitution to define marriage as a union between a man and a woman, reports the BBC.

The question posed to voters is: “Do you agree that marriage is matrimony between a man and a woman?”

The Catholic Church has strongly urged citizens to vote with “yes”.

Human rights groups and prominent public figures have spoken out against the referendum, urging people to vote “no”.

Both the Prime Minister Zoran Milanovic and the President Ivo Josipovic have called the referendum “senseless” and “unnecessary”. However, the opposition HDZ party has backed the vote.

Hundreds of gay rights protesters have marched through Zagreb on Saturday, while security has been increased.

Approximately 3.7 million of Croatia’s 4.4 million population are eligible to vote.

Croatia became the newest state to join the European Union in July 2013.