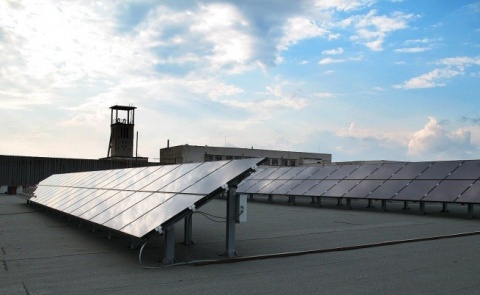 The Bulgarian Photovoltaic Association (BPVA) has condemned the decision of the government to introduce a 20% tax on turnovers of renewable energy producers.

The BPVA issued a declaration Saturday saying that its members would use all legal means necessary to protect their rights as investors in an EU Member State.

"Populism in the economy leads to economic disaster," the BPVA cautioned, as cited by dnevnik.bg.

At a seminar of the government in Borovets on Saturday, MPs of the Bulgarian Socialist Party (BSP) and the liberal Movement for Rights and Freedoms (DPS) party decided to back the recent proposal of nationalist party Ataka for the introduction of a tax on the revenues of renewable energy producers.

Prior to Ataka's proposal, the government turned down the idea of the Bulgarian Energy Holding (BEH) to impose a 30% tax on revenues of renewable energy plants.

On Saturday it emerged that the measure was expected to inject BGN 160 M into the state budget, with Finance Minister Petar Chobanov describing it as a buffer.

"The acknowledgement that potential revenues from the discriminatory and illegal 20% tax on turnovers of wind turbines and solar plants will be used as a budget buffer is the acknowledgement of the absolute lack of financial strategy and economic thought," the BPVA noted.

The BPVA emphasized that the buffer would be applied in a sector which brought together over 200 small and medium-sized Bulgarian and foreign companies which had invested over EUR 4 B in the Bulgarian economy.

The BPVA pointed out that investors would think twice before coming to Bulgaria, taking into account that decisions injuring private capital were made in the dark and without debate.

The BPVA claimed that corrupt practices at heavily indebted and opaquely governed state-owned energy firms were still being whitewashed.

The Association yet again highlighted the lack of a strategy and vision for the development of the energy sector.

"Through the adoption of a 20% tax on turnovers of solar plants and wind farms our politicians reverse the country's progress of the past century and condemn us to the club of poor countries," the BPVA concluded.