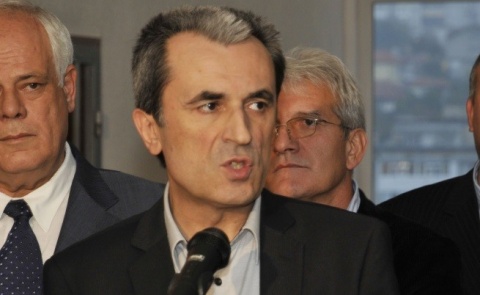 The issue of the construction of the Belene nuclear power plant is moving forward, according to Bulgarian Prime Minister Plamen Oresharski.

"The stance of the Bulgarian Socialist Party (BSP) is very clear and consistent – we are convinced that our energy sector is strong and independent. This will necessitate a new unit of the Kozloduy nuclear power plant and a new Belene NPP. The opportunity to export electricity is an important component," Oresharski declared Saturday at a press conference after a seminar of the government in the mountain resort of Borovets, according to the Focus news agency.

Socialist leader Sergei Stanishev emphasized that the authorities would demand guarantees that the projects would be profitable for the country.

The announcement of BSP came six days ahead of the presentation of Bulgaria's stance at the International Court of Arbitration in Paris on the dispute with Russia over damages over the suspended Belene NPP project, according to dnevnik.bg.

The statement was issued only a few hours after Economy and Energy Minister Dragomir Stoynev declined to comment on the topic of the Belene NPP in an interview for Darik radio, stressing that his words could be taken out of context and used by Russia during the proceedings at the Paris-based court.

The decision to freeze the Belene NPP project was adopted by Parliament in end-February, following a referendum which failed to summon support for the scheme.

Some ten days ago, nationalist party Ataka submitted to Parliament a draft decision seeking the restart of construction works on the suspended project.

Meanwhile, Bulgaria's socialist-led coalition government started talks with US Westinghouse on the construction of a new unit at the Kozloduy NPP.

Economy and Energy Minister Dragomir Stoynev assured that safety had been the prime concern in the decision on the technology.