US Technology Safest for Unit 7 of Bulgaria's Kozloduy NPP - Minister 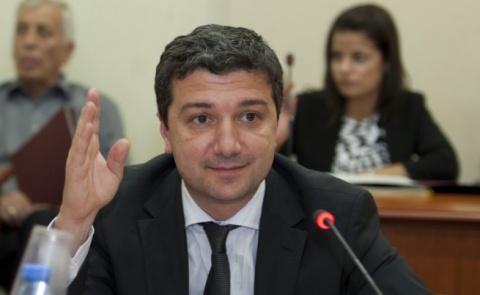 Bulgaria's Energy Minister assured that safety had been the primary concern in the decision to use US technology for the new unit at the Kozloduy nuclear power plant.

In a Saturday interview for Darik radio, Dragomir Stoynev explained that the AP1000 reactors of US company Westinghouse were the only ones providing the opportunity for a 10-day cool-down in the case of a power blackout.

He emphasized that Bulgaria had opted for a technology, not a country, by choosing Westinghouse.

Stoynev informed that the next steps included giving the Bulgarian Energy Holding (BEH) the mandate to start talks with Westinghouse on the legal and financial framework of the project.

"If we are not satisfied with the financial model, or the cost of the reactor proves to be unbearable for us, if the energy which the reactor is to generate is too expensive, we will not agree to subsequent activities," he declared.

He stressed that in the case of a failure to reach agreement with Westinghouse, Bulgaria would seek other options as the country needed new to replace units 5-6 of the Kozloduy NPP before they were stopped in 20 years' time.

"If we want a competitive economy, we need to guarantee a competitive energy sector, for which we need a diversification of energy sources," he announced.

Stoynev went on to reject allegations that it was illegal to launch a procedure to build a new unit of the Kozloduy NPP without a tender.

He suggested that tenders were to be organized for the selection of a contractor, not the technology.

Bulgaria's Energy Minister insisted that he was following the line of the previous, center-right GERB government on the matter, reminding that the Cabinet of Prime Minister Boyko Borisov had authorized steps for the construction of new nuclear capacity on April 11, 2012.

Stoynev also pointed out that an analysis of experts at the Kozloduy NPP during the term in office of the GERB government had concluded that the reactor had to have a capacity of 1000-1200 MW.

He said that Russian and US reactors matched the criteria, the US technology being the safer option.

He emphasized that the state would not be required to provide cash guarantee if it decided to build a 7th unit of the Kozloduy NPP with US technology, adding that Bulgaria would only have to guarantee that it would not amend the existing legislation and not introduce tax on nuclear energy.

Speaking after a working visit to the US, Stoynev informed a week ago that talks with US energy giant Westinghouse were forthcoming and the construction of the new unit at the Kozloduy NPP could start in 2016, provided that the negotiations were successful.