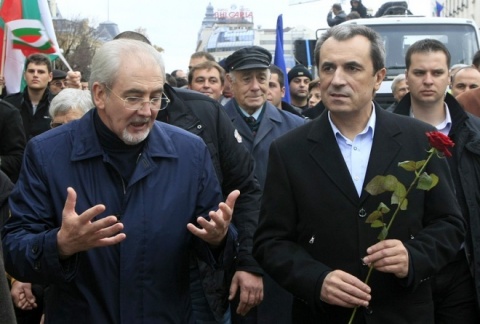 The ruling partners, the Bulgarian Socialist Party (BSP) and the Movement for Rights and Freedoms (DPS) have managed to iron out their differences regarding subsidies for political parties.

They have reached an agreement to reduce the subsidies by 10% in 2014, until the May elections for European Parliament, when another update will be made.

The decision was made Saturday in the winter resort of Borovets, where Bulgaria's PM Plamen Oresharski, all cabinet ministers, and MPs from both parties are attending a retreat.

The cut has been confirmed to the media by lawmakers from BSP and DPS.

The proposal was logged by the Socialists, while the liberal, predominantly ethnic Turkish DPS initially opposed it.

The retreat is making an account of the work of the government in the last six months and is listing priorities for next year.

Among the key topics that are being discussed are the increased refugee influx in Bulgaria, youth unemployment, and the energy sector.

DPS MP, Yordan Tsonev, informed the government has already approved a 20% tax on the energy produced by Water Power Plants (WPP). He said the move will alleviate the burden on "green energy," and will prevent a hike of electric power prices.