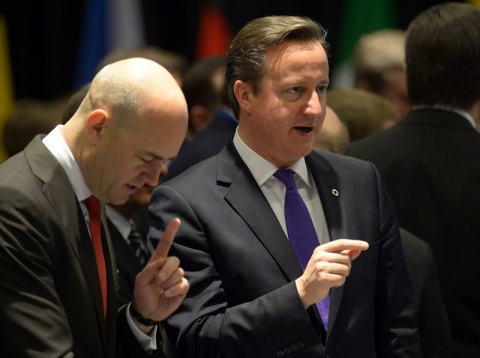 "Free movement of people is a cornerstone of EU integration - an indispensable functional building block of a truly integrated Single Market," the foreign ministers of Poland, the Czech Republic, Slovakia and Hungary, known as the Visegrad Four (V4), said in a joint statement.

In an echo of the European Commission's stand the ministers say that migrants from central and Eastern Europe can boost the economies of the host country.

"They are younger and economically more active than the average British workforce; they also contribute to UK national revenues far in excess of the social benefits they use," the ministers said.

"The V4 countries hope that any measure to be introduced in this context by the United Kingdom, or any other Member State, will be compatible with the legal requirements of the European Union," they said.

Earlier in the week David Cameron announced a crackdown on so-called "benefit tourism", citing fears over mass immigration from Bulgaria and Romania.