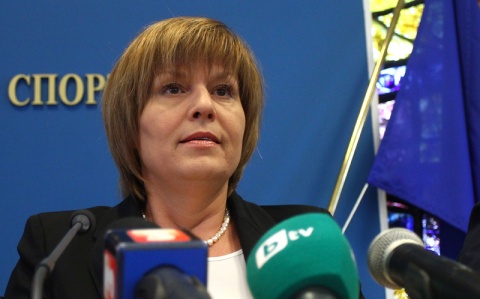 Bulgarian Sports Minister Mariana Georgieva has said that more details about the project for a new national stadium will be available in early 2014.

In a Friday interview for the Bulgarian National Television (BNT), she claimed that the most likely scenario at the current stage involved a plot near the Arena Armeets Sofia sports hall, adding that other sites were also being considered.

She assured that the plan to build a new national stadium had not been discarded.

Georgieva, as cited by mediapool.bg, said that project financing for the scheme would start in 2014, adding that proposals for public-private partnership were also being considered.

Regarding the decision of the state to allocate funding to only 20, instead of 83 sports, she pointed out that the aim was to consolidate public resources instead of distributing them among a wide range of activities.

"It is not me who decides which sports will be funded," she declared, adding that the other sports had not been conclusively crossed off the list and that there were other funding options apart from state money.

She vowed that 2014 would be a good year for Bulgarian sport, adding funding would be allocated to elite athletes and top coaches as a priority.