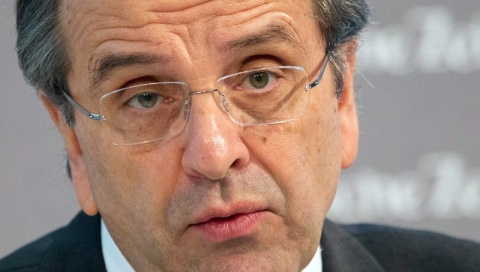 Bulgaria and Greece will join efforts in the search for a common EU approach on the refugee wave from the Middle East and Northern Africa.

The cooperation was agreed between Bulgarian President Rosen Plevneliev and Greek Prime Minister Antonis Samaras at a meeting in Vilnus, Lithuania.

Plevneliev and Samaras participate in the EU's Eastern Partnership (EaP) summit taking place on November 28-29 in Vilnus, according to the press office of Bulgaria's head of state.

Plevneliev and Samaras were adamant that the problems created by the increased migratory pressures called for solidarity in the EU.

Samaras assured that Greece would make the refugee topic one of the key issues on the EU agenda during the Greek EU presidency in the first six months of 2014.

During the meeting with Plevneliev, he also explained that the Greek EU Presidency would also emphasize the development countries in Southeast Europe and the European integration of the Western Balkans.

Plevneliev will participate Friday in the signing ceremony for an agreement on visa regime simplification between the EU and Azerbaijan and a framework agreement with Georgia on the country's participation in EU crisis management operations.

On Friday, EU leaders will also endorse two agreements establishing the association of Georgia and Moldova with the European Atomic Energy Community (EURATOM).

Bulgarian Foreign Minister Kristian Vigenin is part of the Bulgarian delegation at the summit.