Romania to Seek Reunification with Moldova 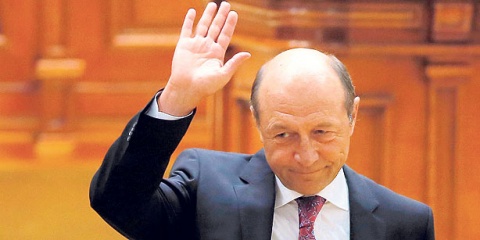 Romanian President Traian Basescu has revealed that his country is to seek a reunification with neighboring Moldova.

"I am convinced that if "unionist winds" start to blow in Moldova, Romania will always be ready for that. Accession to NATO was once a fundamental project for Romania. There was also another one - accession to the EU. I think that the third fundamental project should become our unification with Moldova. There can be no doubt about that," Basescu told Romania's TVR-1, as cited by Interfax. .

"I do not even take politicians, their views and ambitions into account. The people who want to be together will not say no. All of my actions concerning Moldova are linked with the idea of our possible unification,” he said.

Basescu’s invitation came as Moldova is expected to sign an important free trade association agreement with the European Union at the organisation's Eastern Partnership summit in the Lithuanian capital, Vilnius, on Friday.  The Telegraph reminds that the move would bring the former Soviet satellite state further into the West's embrace, and is expected to be the pre-cursor to eventual membership of the Brussels club.