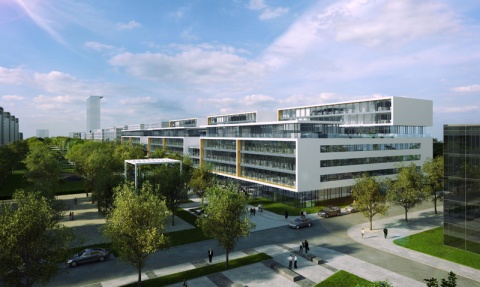 Software giant Microsoft has signed a long-term lease for 26,000 sqm at one of Argenta Group’s last remaining sites in Parkstadt Schwabing in Munich.

After Paris, Munich is set to become the second largest office occupied by the software giant in Europe.

During the course of an 18 month structured process, the Parkstadt Schwabing site was identified by Colliers out of the initial 40 alternative sites as the most suitable location for Microsoft.

Construction of the headquarter building, situated on the northern side of Munich, will start in 2014.

Microsoft is going to realize their own office utilization concept fulfilling modern working environment requirements. This concept has already successfully been developed for Microsoft offices across the globe.

The new HQ will provide 1,800 employees with a canteen and fitness area and ultra-modern office space. The completion of the new building is scheduled for summer 2016.