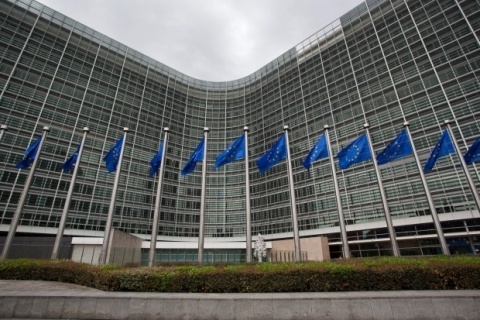 The European Commission has issued a report, trying to allay fears in Western EU member states over an influx of migrants from Bulgaria and Romania. Photo by EPA/BGNES

The European Commission has tried, yet again, to allay fears over influx of migrants from Bulgaria and Romania, which , which British media has slammed as „meddling“.

"On average, mobile EU citizens are more likely to be in employment than nationals of the host country," the Commission said.

"They help the host country's economy to function better because they help to tackle skills shortages and labor market bottlenecks."

The report also claimed as migrants are young and active, they are less likely to claim benefits and more likely to find work.

The Commission did acknowledge mass migration "can create challenges for local communities" and the economic crisis also "accentuated a debate in some member states on the impact of free movement on national social systems and on the pressures on local services".

"The Commission will assess the compatibility with EU law of any new UK Government measures on access for EU nationals to benefits in the UK as and when the details of such measures are finalised," said a European Commission spokesman.

"Once the UK Government has fully clarified any changes it intends to introduce concerning access to benefits, the Commission will seek to ensure that these measures are fully compliant with EU rules on free movement."