Nick Clegg: EU Right to Work Not Right to Claim 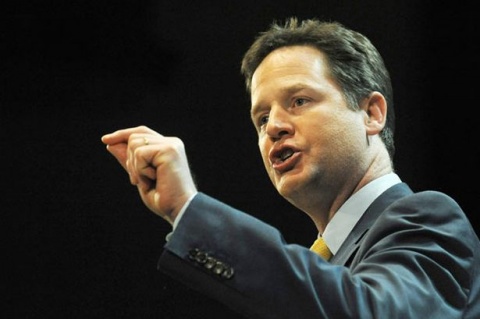 "Other countries in the EU already have similar policies and are considering the case for going further," said deputy prime minister Nick Clegg. File photo

"Other countries in the EU already have similar policies and are considering the case for going further," said deputy prime minister Nick Clegg.

"Unfettered access to benefits across the member states does not exist."

The Lib Dems said the "sensible" changes would "restore confidence" in the immigration system and "ensure that the right to work does not automatically mean the right to claim".

Speaking in an interview with the Financial Times David Cameron confirmed plans for a crackdown on so-called "benefit tourism", citing fears over mass immigration from Bulgaria and Romania.

In an interview with the Financial Times, the prime minister said the last Labor government had made a "monumental mistake" in not restricting access to the UK labor market when Poland and nine other countries joined the EU in 2004 - which resulted in much larger numbers coming than expected.

He announced a series of measures to address what he said were public concerns about the impact of current and future immigration from eastern European on the UK economy and public services.