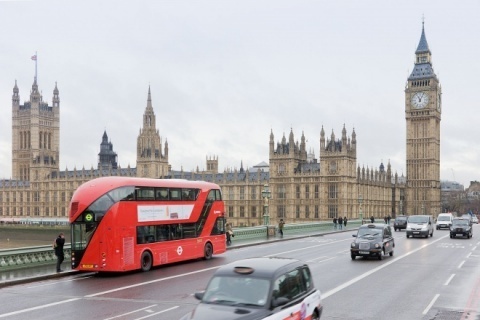 The negative campaign against Bulgarians and Romanians is persisting in the UK over fears of huge influx of them after the opening the labor market at the beginning of 2014. File photo

David Cameron has called for changing the concept of free movement across EU to "a more sensible form“ as he launched an attack on EU migration over fears of migrants from Bulgaria and Romania.

"It is time for a new settlement which recognises that free movement is a central principle of the EU, but it cannot be a completely unqualified one," Cameron said in an interview with the Financial Times.

"We are not the only country to see free movement as a qualified right: interior ministers from Austria, Germany and the Netherlands have also said this to the Commission.

"So Britain, as part of our plan to reform the EU, will now work with others to return the concept of free movement to a more sensible basis."

Cameron said the issue would continue to fester as other countries with income levels below the EU average aspired to join the union.

He said it was time for people to recognise that the principle of free movement, a fundamental tenet of the European Union, had "become a trigger for vast population movements" and must be recalibrated.

He suggested a future Conservative government, as part of its pledge to renegotiate EU membership, could seek more discretion over migration policy.

It might introduce a cap if annual arrivals exceeded a certain level, or only allow full access if a country met a certain income threshold, he suggested.