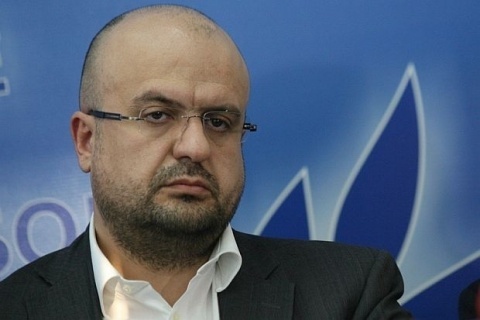 Speaking for Nova TV Tuesday morning, Kostadinov, who is Deputy Chairman of the Parliamentary Group of the Movement for Rights and Freedoms, DPS, said his formation never declared that the government will resign if parties that endorse it fail to win majority in the elections for European Parliament in May 2014.

On November 19, again before Nova TV, his colleague and the other Deputy Chairman of DPS' Parliamentary Group, Yordan Tsonev, said the EP elections would be a litmus test for attitudes in society and unlike in polls, there was no room for statistical mistakes in them. Tsonev stated if his party and its partner, the left-wing Bulgarian Socialist Party, BSP, fail to score 51% of the vote, they will resign.

Speaking in the TV interview Tuesday morning, Kostadinov said Tsonev "had not meant exactly the above," but rather wanted to say the government will schedule snap elections if the main opposition party – the formerly ruling, centrist Citizens for European Development of Bulgaria, GERB, manages to garner 51% of the vote.

Despite pressure from the hosts to explain why he was twisting his colleague's words and them literally citing Tsonev, the liberal politician remained unwavering.

"Politicians debate for hours and here you make conclusions based on a minute-long interviews. And this is why contradictions happen and then we have to come back in TV studios and explain again," said he.

Protesters against the Socialist and DPS-endorsed Cabinet of Prime Minister, Plamen Oresharski first walked out, June 14, after the appointment of controversial media mogul and DPS lawmaker Delyan Peevski for head of Bulgaria's State Agency for National Security.

Peevski's reinstatement as MP after his resignation from the Security Agency provoked a student occupation at Sofia University on October 22, which lasted for three weeks.

Protesters have claimed that the Oresharski cabinet exemplifies in an acute form the deep influence of the so-called Bulgarian oligarchy on politics.