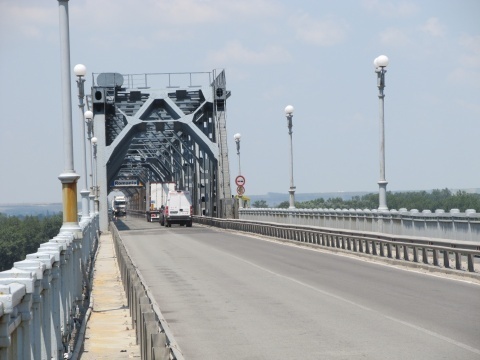 Bulgaria and Romania have started negotiations to build a new bridge on the Danube river, between the cities of Silistra and Calarasi.

The news was reported Tuesday by "Standard" daily, citing own sources from the Council of Ministers.

The information comes on the heels of a meeting between Bulgarian Prime Minister Plamen Oresharski with Romanian counterpart Victor Ponta.

The new facility on the Danube will be built on the principle of public-private partnership. According to unofficial information, a Romanian company had expressed interest to invest in a bridge connecting Silistra with Calarasi.

It was also confirmed that the ferry line between Silistra and  Calarasi is set to renew its functioning by Christmas. The ferry line has been out of service since last year due to misunderstandings between the concessionaires on both sides of the Danube.

The second Danube bridge between the two Balkan countries, linking Bulgaria's Vidin and Romania's Calafat, was inaugurated in June 2013.

The first bridge between the two countries, connecting Bulgaria's Ruse and Romania's Giurgiu, was built in 1954.

Bulgarian Deputy PM, Daniela Bobeva informed in mid-November that Oresharski will attempt to convince Romania that a third Danube bridge should be built between the two countries.