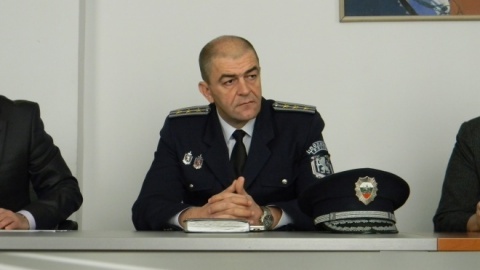 Todor Grebenarov, former Head of the Plovdiv Regional Directorate of the Interior Ministry has been officially appointed Monday Chief of Bulgaria's National Police.

He was also promoted to Chief Commissar and was officially presented before the staff of the National Police by the Chief Secretary of the Interior Ministry, Chief Commissar, Svetlozar Lazarov.

Grebenarov listed as priorities in his new job a new approach to organizing police patrols and upped measures to fight petty crime and thanked the Interior Ministry for the vote of confidence.

Todor Grebenarov has graduated from the Military College "Vasil Levski" in the central city of Veliko Tarnovo. In 1995, he started his career with the Plovdiv police as a police inspector. For 9 years he was head of the "Security Police" in Plovdiv. By an order of the Minister of Interior in the current, Socialist-endorsed government, Tsvetlin Yovchev, on August 15, he was appointed Head of the Plovdiv Regional Directorate of the Interior Ministry. Commissar Grebenarov has been bestowed many awards and medals over the years for high professionalism in his police work.

On Friday, Angel Antonov was released from the post of Chief of Bulgaria's Main Directorate "National Police,"

The order for Antonov's dismissal was signed by Yovchev.