Legendary Aerosmith to Rock Sofia in May 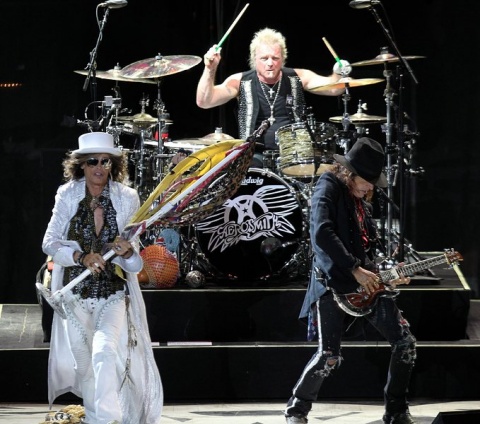 With over 150 M albums sold worldwide, Aerosmith draw immense crowds wherever they go. Photo by EPA/BGNES

The legendary American rock band Aerosmith will perform for the first time in Sofia on May 17, 2014.

As a part of their European tour, the group will also have concerts in Moscow, Berlin, and the United Kingdom.

The show in Sofia will take place at the Lokomotiv Stadium. Ticket prices vary between BGN 70 and BGN 150, and will go on sale this Wednesday, revealed the organizers from Sofia Music Enterprises.

The band is expected to arrive in its original formation, with the 5 founding members who started the project in 1970; Steven Tyler (vocals), Tom Hamilton (bass), Joey Kramer (drums), Joe Perry (guitar), and Brad Whitford (guitar).

Aerosmith have sold over 150 million albums worldwide, holding the record for most gold and multi-platinum albums by an American group. They have won 4 Grammy Awards and 12 MTV Music Awards.

The band’s hit song “I Don’t Want to Miss a Thing”, a soundtrack to the film “Armageddon”, was nominated for an Oscar.

Aerosmith were inscribed into the Rock and Roll Hall of Fame in 2001.