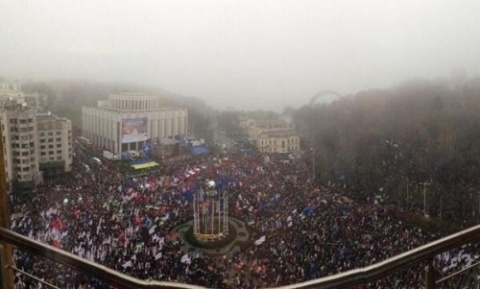 Tens of thousands gathered in Ukraine's capital Kyiv to protest against the government's decision to give up signing an Association Agreement with the EU, 24 November, 2013. Photo by Twitter / RIA Novosti

More protests are expected in the Ukrainian capital Kiev on Monday, a day after over 100,000 people rallied against the government's move to delay an association deal with the EU under pressure from Russia.

Protestors now say they want to see a second Orange Revolution, because they feel betrayed by the government.