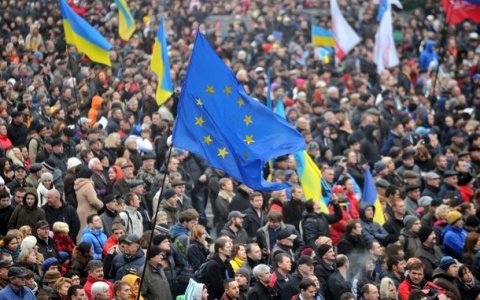 Pro-Western Ukrainians on Sunday staged the biggest protest rally in Kyivv since the 2004 Orange Revolution, demanding that the government sign a key pact with the European Union and clashing with police. Photo by Kyiv Post

The Ukrainian government’s rejection of closer integration with the European Union (EU) is a significant step back from democracy and human rights, the Freedom House has said.

"Yanukovych has decided it's more important to keep Tymoshenko in prison than to integrate Ukraine closer toward Europe,” Kramer said.

“He has left his country vulnerable to Vladimir Putin's threats and pressure. That will be Yanukovych’s legacy if he doesn’t reverse course.”