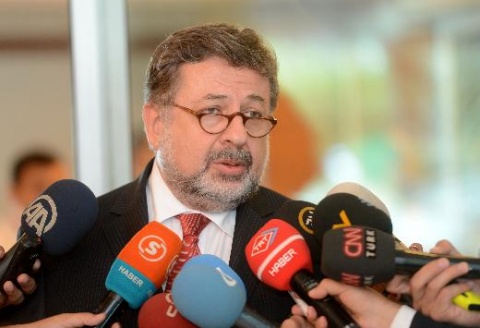 Egypt has told the Turkish ambassador to leave the country and has downgraded bilateral relations.

The news was reported Saturday by the BBC.

Egypt's foreign ministry is blaming Turkey's for continued "interference" in its internal affairs.

Cairo is outraged by statements of Turkey's Prime Minister, Recep Tayyip Erdogan, made during a visit to Russia on Thursday, when the latter criticized the overthrow of Egypt's' Islamist President Mohammed Morsi in July and called for his release from prison.

According to Egypt's Foreign Ministry, the Turkish government backs groups and organizations whose only goal is to destabilize the region.

Ankara and Istanbul have hosted a series of meetings of the international Muslim Brotherhood of Morsi.

After the overthrow, both countries recalled their ambassadors. Turkey's ambassador to Cairo, Huseyin Avni Botsali, returned in September, but the Egyptian ambassador to Turkey was never reinstalled.