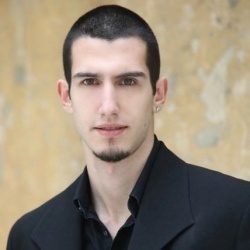 When citizens take the law into their own hands, it is a clear sign that the foundations of a democratic system are shaking. When the system permits this, and even justifies it, it is an alarming signal to society – an outright abdication of the state’s duties.

Last week, the leader of the far-right Bulgarian National Union, Boyan Rasate, announced the creation of civil patrols in the area near Sofia’s Central Mosque. The adjacent Pirotska Street became notorious over the past month. First, a young Bulgarian store clerk was stabbed by an Algerian asylum seeker, and several days later, a Bulgarian boy of Turkish origin was brutally beaten by several men, simply for having a “foreign appearance”.

The surrounding area of the Mosque is a common gathering place for Muslims, many of whom are refugees and immigrants from the Middle East and North Africa. Their number has been growing significantly over the past months, and so too have populist fears.

One would assume an increased police presence after a sequence of crimes, especially ethnically motivated, in a single part of the city. However, passing twice through the area in the past weeks, I could not spot even one official. Perhaps, they were all deployed to guard the Parliament building against protesters.

Meanwhile, Rasate’s vigilante squads have been patrolling the vicinity of the Mosque, requesting that foreigners identify themselves with legal documents. According to the nationalist leader, he had received the permission of the Sofia Interior Directorate to carry out his patrols. Asked by a TV7 reporter what powers they have, Rasate responded that the patrols are “only observing, and reporting irregularities”.

My first reaction was that he is surely making this up, and it is a matter of time until the Ministry of Interior denies this and orders Rasate to get his men off the street. Not only did they abstain from commenting on the case, but the new draft law on the Ministry of Interior, which came out a few days later, allows for the creation of the position “non-tenure police co-worker”.

It remains unclear what functions these semi-policemen will have, or under what criteria they will be selected. It is also unclear why they are needed in the first place. Is the state short on police staff? If so, why doesn’t it say it explicitly? Or could the government, pressed to the corner, be pampering with the populist and nationalist movements?

Whatever the case, the Bulgarian state is playing a dangerous game, which could have dire consequences. Instead of making efforts to contain the spread of hatred and division in society, it is only opening room for more.

Already, a Roma organization has created a platform for self-defense groups, called the Organization of Minorities for Defense against Violence. Before long, I would expect to see the same from refugees, immigrants, and Bulgarian Turks.

And wouldn’t they be equal in their right to “observe and report irregularities”?

The bottom line is, as citizens, we all have the duty to report crimes and incidents we witness. At the end of the day, the ball will always roll back to the legitimate authorities to decide who is right and who is wrong, in accordance with the law.

Thus, the whole idea of creating a civil guard becomes unnecessary, at best. In the worst case, it supports the arbitrary victimization and marginalization of minority groups, and breeds fear in society. It takes the law outside the courtroom and places it on the street, where it’s “tooth for a tooth, an eye for an eye”.