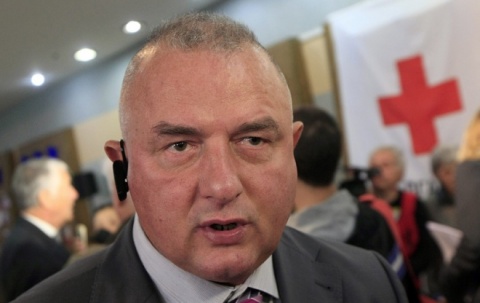 Bulgaria's formerly-ruling centrist opposition party GERB is demanding the resignation of the Head of the State Agency for Refugees, Nikolay Chirpanliev.

Speaking from the parliamentary tribune Friday, Krasimir Tsipov, lawmaker from Citizens for European Development of Bulgaria party, GERB, stated the Agency and its Head have failed completely in providing adequate measures to tackle the refugee crisis. He noted that conditions in refugee shelters and camps across Bulgaria, and particularly in the capital Sofia, remained deplorable, triggering incidents and unrest.

The "resignation call" came one day after a 32-year-old Syrian man died from a heart attack in the refugee shelter in Sofia's Military Ramp (Voenna Rampa) district.

Tsipov also urged the immediate hire of permanent medical staff in all refugee camps. There was no such staff at Voenna Rampa at the time of the death, while the commandant of the shelter told media he did not call an ambulance immediately as he did not have a translator and understood the man was telling him that his arm was hurting.