Xenophobia on Rise in Bulgaria - Poll 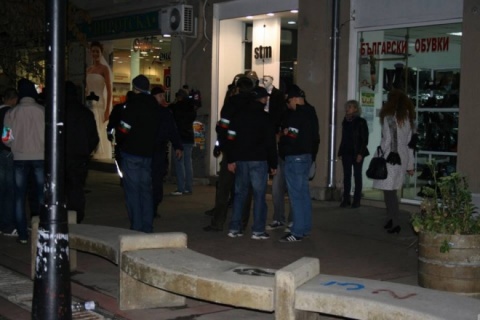 Bulgaria might be parting with its image of being one of the most tolerant countries in the world, as recent studies show a stark increase of xenophobic attitudes, according to sociology experts.

The alarming trend and statistics were presented Friday by the Director of the polling agency Mediana, Kolio Kolev. Kolev spoke during a round table titled "Lost Borders – the New EU Refugee and Immigration Policy."

According to a recent poll, conducted by Mediana, 15% of Bulgarians have said they approve violence against foreigners, which has also been in the rise in recent weeks, while 20% want full closure of the southern border.

"This is very dangerous and forecasts upcoming clashes between Bulgarians and immigrants. In reality, this xenophobia has been triggered by unpunished petty crime, the high crime rate among Bulgarian Roma, unemployment and decreased living standards," says Kolev, cited by bTV.

A number of senior Bulgarian officials have already voiced serious concerns over xenophobic attitudes being one of the main threats currently faced by the country.

Rasate has denied any racist motivations behind the move. At the same time, in the past weeks, there have been an increased number of cases of violence against immigrants and Bulgarians from the minorities.

Flaring tensions and an apparent stirring up of the far-right - including the founding of a new, Neo-Nazi-like party - led to an antifascist rally in Bulgarian capital Sofia last Sunday.

Meanwhile, a Roma organization in Bulgaria announced it has created a platform for self-defense groups in response to reports of far-right vigilante patrols roaming the streets of Bulgarian capital Sofia.